You are here: Home / About / Jeff Eisenberg » Staff

Jeff graduated from California State University, Northridge in 1991 with a B.S. Degree in Business Administration. He began his mortgage career at Bank of America, where he held the title of Preferred Banking Officer. He was then given the opportunity to work in sales for one of the largest employer service companies, Automatic Data Processing, Inc. There he sold payroll services, time and attendance systems, human resource applications and unemployment services. He was awarded 3 Presidents Clubs for sales excellence. This is where he found his niche in business.

The most impressive characteristic that he possesses is his ability to work well with people. He has great follow-up skills, exceptional customer service and focuses on meeting every clients individual needs. Jeff worked for Mortgage Corporation of America, Inc. from 1998 to June 2002 and during his stay, increased his client base from 200 to 1500 within that short time-span. The majority of his business stems from his client referrals, Realtors and homebuyer education seminars. Jeff created a world class seminar that has been written up in the industry’s trade journal, Mortgage Originator. Jeff has conducted 107 seminars in total for companies such as: J.D. Power & Associates, Panavision, Applause, Paramount Pictures, Universal Studios, HealthNet, Nickelodeon, Warner Brothers, and many more. He has also served as the President of a network referral group Business Network International, Inc. in Simi Valley  and his local Chapter in Valencia, CA.

Jeff has always believed in working hard at delivering the most competitive programs and has never settled for second best. With the knowledge and success that he has gained throughout the years it has made it possible for him to open his own business. In June of 2002, Jeff and his business partner Joe Engle formed a new mortgage company called LoanSmart, Inc. The company’s mission was to provide its clients a sound financial plan centered on the purchase or refinance of their home. In 2004 Jeff branched out and opened his very own mortgage company, Southern Oaks Mortgage, Inc. in Valencia, CA. His goal was to create an innovative and accountable work environment where a playful, attentive and engaging attitude leads to more energy, enthusiasm, productivity and creativity. His passion is to become the #1 preferred mortgage broker in all of Santa Clarita.

The community of Santa Clarita plays a big role in his life. He was a Santa Clarita Chamber Member, he was a  Century Circle member to the Santa Clarita Symphony, current member of Elite Networking Partners, Santa Clarita, was a sponsor to Pico Canyon School and member of the PTA, retired Chief of the Indian Princess Tribe, Mountain Rose with the local YMCA and was an active member in VIA (Valley Industrial Association) for many years. He also has conducted 15 Credit & You seminars to high school students at William S. Hart & Canyon High Schools that teaches the students a basic understanding of how credit will affects their lives in the future.
The biggest contribution to his success has been the support of his family. The Eisenberg family consists of five at the present, Jeff, his wife Holland and his three daughters Delaney, Skylar and Chase. He is dedicated to both his family and his work.

The most important aspect of his work comes from the smiles and compliments he receives when he puts yet another client into a home of their dreams.  His motto is: We don’t put good people in bad situations! 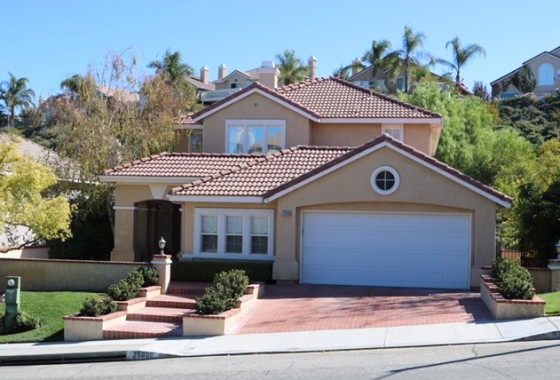